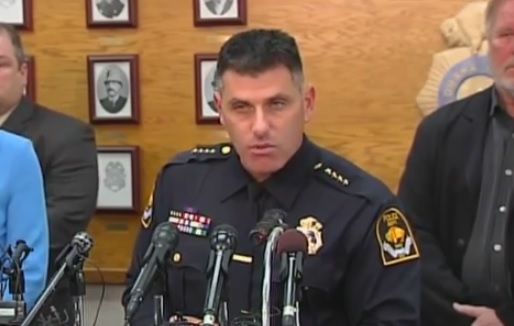 Posted at 12:13h in Uncategorized by admin 0 Comments
0 Likes
Share

Many of us have been watching a plethora of press or media conferences. Some of those conferences are being judged by multiple audiences. In response to some of the conversations about press conferences, I wanted to share this – one of the best press conferences that I have seen. I often use this as a teaching example. I do not know what kind of public relations team is behind Chief Todd Schmaderer. Regardless… gold star.

On August 27, 2014, the Omaha Nebraska Police Department hosted a press conference in response to an event. In this event, a COPS TV production crew member was shot and killed by friendly fire during an event while filming with the Omaha Police Department.

At the time, the Omaha Police Department had been recovering from an event a year and a half prior that resulted in a general lack of confidence from the Omaha community.

Omaha Police Chief Todd Schmaderer has served as Chief when he as appointed by the Mayor in 2012.

I feel that this press conference is an excellent example of how things could be done. In my opinion, Chief Schmaderer remained calm, polite, and commanding throughout the press conference. There are many points in this conference where he simply sets himself and his department up for success. He demonstrates compassion, empathy, and transparency.

Here is a summary of what I think the highlights are from this 2014 press conference:

3:15 Press Conference begins. Police Chief Schamderer has a commanding presence. He is accompanied by supportive people including the Mayor, Executive Producers of the COPS TV show, and Deputy Chiefs – demonstration of unity and support.

3:51 Chief Schmaderer clearly states what the purpose of the press conference is. This allows the Chief to refocus potential questions that are outside of the current issue.

4:05 Chief Schmaderer expresses condolences to those killed in the incident. He refers to the accused subject as Mr. Cortez Washington, demonstrating compassion and respect. Throughout the conference, Chief consistently refers to those involved as Mr.

4:58 Chief Schmaderer states, “The details of the incident, as I can report them at this time…” This statement provides a foundation for the Chief to provide rationale as to why he may not be able to answer some of the questions potentially posed by reporters.

11:47 In the spirit of transparency, Chief Schmaderer shares what he can with reporters – limited by state law and the grand jury.

12:04 Chief Schamderer states that he is turning the podium over to the Mayor for comment. He makes it clear that he will return to answer questions. The Mayor provides a statement affirming the confidence she has in the Chief and the Police Department.

13:06 Chief Schmaderer returns to the podium and sets the ground rules with those in attendance for how he will proceed with questions. He further acknowledges and thanks the media outlets in attendance with special recognition to local media, asking if they have any questions first. Relationship-building is key.

14:42 A question is posed to the Chief whether or not he now regretted having the COPS TV show ride-a-long with the Omaha Police Department. In his question, Chief Schmaderer shows some vulnerability, acknowledges previous issues yet shines positive light on his department.

17:23 Chief Schmaderer is adamant and repeats what is current focus is – his people.

20:35 Chief Schmaderer recognizes that he missed one of the local media outlets and turns to them with an apology.

There are many lessons in here on things to consider when hosting a press conference (or a town hall, or and employee engagement session). Demonstrate strength and compassion. Clearly state the objective and the purpose of your conference. Identify your limitations on providing information. Show transparency. Remain respectful.